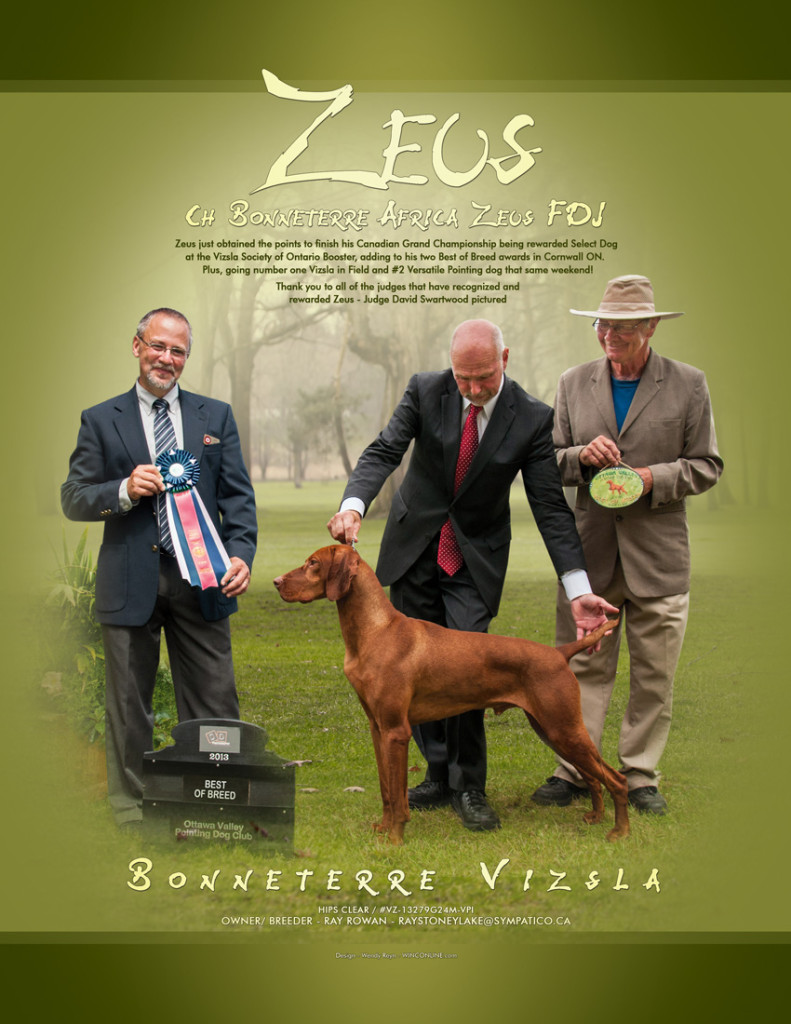 Ripper was born on September 21, 2002 out of Toldin Reg’d Vizslas and  went to live with Ray as a pup.

Over the years, he has proven himself as a terrific stud dog and has won many awards and championships both in the field and in the show ring.  His long list of accomplishments include:

Congratulations to Aszu for being recognized as the #2 FDX Vizsla in Canada for 2009, handled expertly by Liz Outram of Pointblank Dogs (www.pointblankdogs.com). What a great accomplishment!!  Aszu also made the cut in the ring at the Vizsla Canada Specialty at the 2010 Nationals in Woodstock in July.